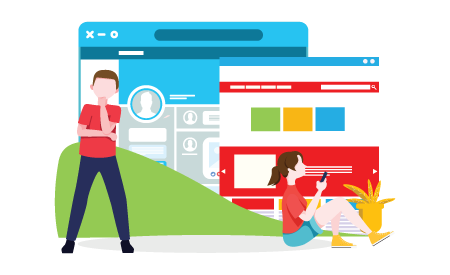 Microsoft Sentinel has a constantly expanding list of advanced hunting queries that Microsoft has gathered from around the community to help with finding useful information when investigating cybersecurity incidents. As of the last count, there are 200+ queries available out-of-the-box in Microsoft Sentinel. It is worthwhile to quickly find queries that can help with investigations, which may not be completed timely otherwise.

Cybersecurity analysts at CyberMSI have run into a sizable percentage of incidents that were not solvable with the given information that was provided in the default investigation views. To get around this issue, our analysts had to sometimes create queries on their own to find the remaining information they needed. Analyst productivity could have gone up considerably if some of these advanced hunting queries were available for them.

In this blog, we highlight the most useful queries that we use in our SOC. All these queries come with Microsoft Sentinel by default, so there is no need to do additional query writing unless someone is interested in customizing the query for a specific purpose.

A common way to gain access to an endpoint or service is using a “downgrade attack”, where a malicious actor uses an authentication method that uses an older standard to circumvent security controls.  This query looks for patterns in the sign-in logs table that would be considered signs of legacy authentication being used. This is useful for determining how a malicious actor might have gained access to something without being stopped by existing security controls.

By adding a second file extension to the end of a file, a malicious actor can both evade some security controls and trick users into opening a file thinking that it only had the extension at the end. This query only looks in the Office Activity table for EXE files in SharePoint. What is nice about this query is that it can be used as a template to look for all kinds of double extension files in Office apps. An analyst that understands queries can play “Mad Libs” with the query. Functionally “Look for <file extension> in <Office app>”.

If a malicious actor gains access to a cloud environment, one of the easiest ways that they could get persistence or move laterally is by changing network rules. Internal users can also unintentionally create vulnerabilities by changing network rules for their resources. This query looks for network security group administrative activity in the Microsoft Activity table. By going over recent NSG activity, analysts can discover important details about what happened on the virtual networks associated with their incidents.

Critical Ports Open to the Internet

Open ports are a common angle of attack because they are easy to find when doing reconnaissance. If a malicious actor finds a critical port that is open to the internet, they are going to at least attempt to exploit it. This query looks through the Microsoft Diagnostics table to find ports open to the internet that Microsoft considers critical. An analyst can use this query to help determine the attack vector for the incident, and they can use it to help with security recommendations in post-incident discussions.

In closing, consider these three questions when using the Microsoft Sentinel advanced threat hunting queries in your organization: