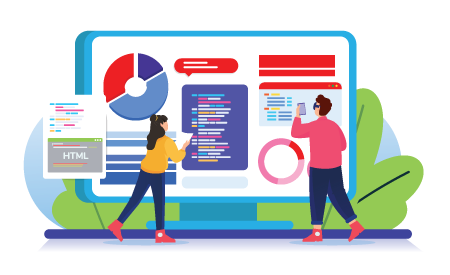 Be more efficient and unlock new tools with JSON.

You can also edit more complex playbooks because you will have an understanding of the configurations that make the playbook operate. The JSON for playbooks can be edited in the “code view” menu when editing a playbook.

JSON is also used to write ARM templates for workbooks in Microsoft Sentinel. When you know how to use JSON, you can use as well as share workbooks available in public GitHub repositories.

You can also develop or modify more complex analytics because you understand the structure of workbooks. The JSON for workbooks can be edited in the “advanced view” menu while editing a workbook. Switch the slider to the “ARM Template” to get the ARM version.

As a cybersecurity analyst, you use Microsoft Sentinel to monitor various resources that are deployed to the cloud. You are able to help IT admins in their environment with creating ARM templates for resources that are more secure.

ARM templates can deploy resources from other areas of Microsoft with extensions so that they can be monitored right away. Some of the most useful security extensions include Microsoft Defender for Cloud extensions that can send data to Microsoft Sentinel for analysis and Microsoft monitor extensions that gather data that is useful for advanced threat hunting.

JSON to Get More Data from Tables

Some tables in Microsoft Sentinel contain truncated data that can be viewed by selecting one of the results of a query. This extra data hidden inside the table can be viewed and used as if it were any other data in the table by using the “parse_json()” function. This unlocks data like additional event details, information about associated entities, and links to other Microsoft security UIs that are all useful for investigations.

In closing, consider these three questions when using JSON for Microsoft Sentinel in your organization:

Scroll to Top
We use cookies to ensure that we give you the best experience on our website. If you continue to use this site we will assume that you are happy with it.OkPrivacy policy